“I hope it’s going to be the greatest game of my life,” says ten-goal UEFA Europa Conference League top scorer Cyriel Dessers as Feyenoord gear up for the final against Roma in Tirana on Wednesday night. 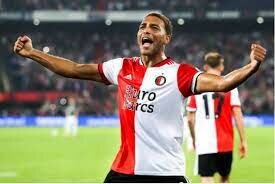 Signed on loan from Genk in the summer, the Super Eagles of Nigeria striker has become a massive hit with the Feyenoord faithful, his ten goals steering them towards the UEFA Europa Conference League final against Roma.

However, if Dessers’ corner-flag celebrations have been a common sight in the competition, inspiring supporters to go to unusual extremes to keep him at the club, the 27-year-old tells UEFA.com that he has his team-mates to thank for putting him top of the competition’s goalscorer rankings.

He was interviewed by the UEFA media channel.

On taking on Roma in Tirana

We are confident. We’re not afraid of the big name of Roma. We are aware of our qualities; we know what we can do. We will have to be at our best, that’s for sure, but we also know that if we are, we can beat almost every team. We know what to expect. We are well prepared. If we just do our thing and play our best, everything is possible.

It’s a fantastic feeling. To get into double figures as a striker is something you work towards in pre-season. When you can do that in a European competition, that’s very special. I realise it puts me in a special list of players for this season, [not just] at the European level but also for the club. At Feyenoord, I am moving up the list, which is very rewarding.

It’s because of the team that I can be in that position and score those goals. I don’t just mean assists or passes I get from the team, but also defensive [work]. We want to press so high, which means our defenders are often in one-on-one situations or play with a lot of space behind. I might be the one cheering after the goal, but it really is the entire team that makes that possible, as clichéd as that may sound. I have to be the focal point and be in the right place.

On his playing style

I’ve also scored some nice goals with my head this season, so I think I am quite an all-round player without being extreme in anything. But I can always do better, of course, and that’s something I work on very hard every day.

I grew up watching the Eredivisie and, whenever I saw Feyenoord play, I always thought, “Wow, that’s an amazing stadium. I would like to play there sometime.” And the fans, they’re one of a kind. They definitely live up to their reputation. Already from the start, I had this feeling we might have a connection. They are so loving, and I love them back, so it goes both ways.

To have such a connection with the fans at a club like Feyenoord, I will never forget that when I look back on my career later. The Feyenoord fans really wanted to keep me here for another season, so they started a crowdfunding campaign. We will have to wait to see if they succeed. 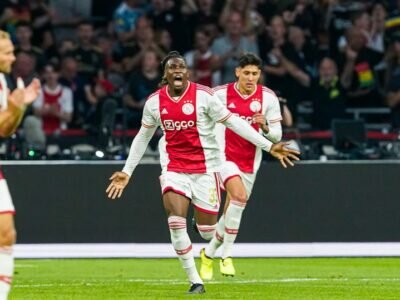