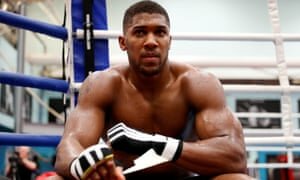 Nigerian-born two-time world heavyweight boxing champion, Anthony Olaseni Oluwafemi Joshua has been hit with a deadline of January 31 to fix a date with his next tile fight or get stripped of the belt, megasportsarena.com gathered.

This verdict is coming from International Boxing Federation (IBF), which declared in unequivocal terms that ‘AJ’ has the stated date to agree terms to fight Bulgaria’s Kubrat Pulev or the British ace risks losing his belt in the boardroom.

That would be a huge blow to Joshua, who reclaimed his belts when he beat Mexico’s Andy Ruiz Jnr in Saudi Arabia of December 7, and, although he was immediately after issued with strict conditions for a mandatory title defender, he has continued speaking about his desire to take on America’s Deontay Wilder or fellow-Brit, Tyson Fury.

However, the IBF insist Joshua will have to fight Pulev, and he now has until the end of this month to agree terms with the mandatory challenger, which now appears to be next on the cards, after which he is expected to then face Russia’s Oleksandr Usyk, the mandatory title challenger of World Boxing Organisation (WBO).

An IBF spokesperson told Sky Sports: “I have just been told that the Pulev and Joshua camps have asked until January 31 to negotiate. If he fails to agree conditions for a fight he could lose the belt.”