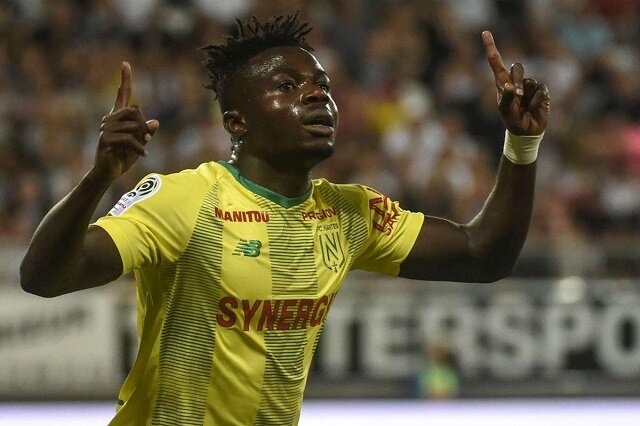 Two Nigerian players at home and abroad have taken up spiritual angles to soothe the mood of their fans and compatriots during the ongoing tough times caused by coronavirus, as FC Nantes of France winger, Moses Simon and Kano Pillars midfielder, Ikenna Paul Hilary both say putting all trust in Jesus Christ is the best solution.

Megasportsarena.com gathered that, while many people across the world are feeling the pinch of isolation and boredom, as they stick with stay at home regulations imposed by several countries, Simon and Ikenna believe anyone who turns to Jesus at this point in time will not have anything to worry about.

They both used their personal experiences to back up they exhortations, as Simon talks about strength from the grace provided by Jesus, while Ikenna, who was in the home-based Eagles squad to won silver at the 2014 Championship of African Nations (CHAN) talks about salvation that comes through Christ’s sacrifice on the cross of Calvary.

With Easter fast approaching, and many Christians still looking up to marking the day, despite the ongoing lockdown occasioned by COVID-19, Simon, who was part of the Eagles’ squad that won bronze at last year’s Africa Cup of Nations in Egypt, leads the way in suggesting that people just need to stay strong during the prevailing circumstances and they shall all overcome.

Simon stated: “Be strong in the grace that is in Christ JESUS🙏;” while Hillary posted: “My name is Hillary Ikenna Paul and until my life here on earth is done, I want to make it clear that I believe in Jesus Christ as my true Lord and Savior. Despite the fact that I am human, and I fail often.

“I believe Jesus is the Son of God, who was crucified on the cross, died for our sins and rose from the dead 3 days later. He loves us all dearly (far more than we deserve) and has forgiven our sins. We are in repentance from our old ways.

“His word says: ‘Whosoever believes in Him, should not perish, but have everlasting life.’ This is the best challenge I have ever seen, so if the Holy Spirit moves you, just ask me to send a copy, replace my name with yours and make this your status.”