Guinea Banned For Age-Cheating Disqualified From U-17 World Cup 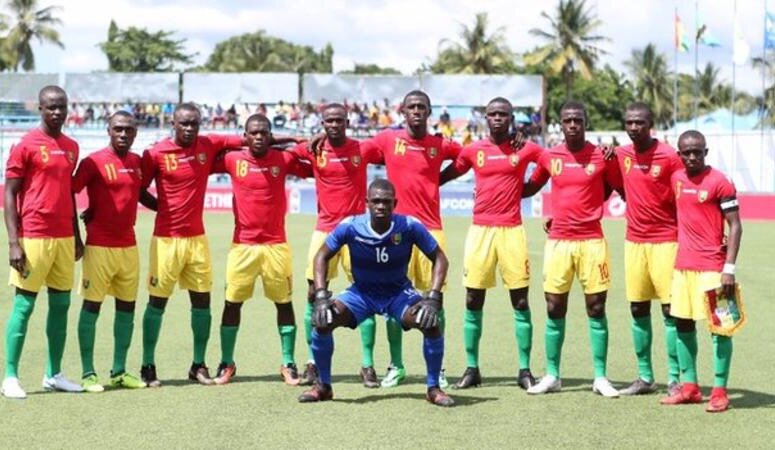 Guinea will not take part at this year’s Under-17 World cup in Brazil after they were found guilty of age-cheating at the recent U-17 Africa Cup of Nations which served as World Cup qualifiers.

Guinea, who were runners-up at the U-17 Nations Cup in Tanzania in April, thought they had secured their World Cup spot by reaching the semi-finals.

But the Confederation of African Football (Caf) says Guinea used two ineligible players in Tanzania and that Senegal will replace them in Brazil.

“The players Aboubacar Conte and Ahmed Tidiane Keita were not eligible to participate with Guinea in the Final Tournament of the U-17 Afcon played in Tanzania,” Caf said in a statement.

“Due to the existence of two different passports for each of the players concerned, one passport was used for the International Under-16 Cup held in Japan, the year of birth date being 2001, and the other for the final U-17 Afcon tournament in Tanzania, which indicated the year of birth as 2002, which clearly shows that there was forgery.”

“The Guinean Football Federation, following its disqualification, is prevented from representing Caf at the Fifa U-17 World Cup to be held in 2019.”

“The Organizing Committee will be invited to reinstate Senegal and the Executive Committee to approve the participation of Senegal as Caf’s 4th representative at the Fifa U-17 World Cup to be held in 2019,” Caf stated following a meeting of its disciplinary committee.

Senegal will now join Cameroon, Nigeria and Angola as Africa’s representatives at this year’s U-17 World Cup in Brazil.

Guinea, who have been banned from taking part in the next two editions of the U-17 Africa Cup of Nations, have appealed and claimed that Caf’s “decision is clearly wrong”.

The Guinea Football Federation has also been fined US$ 100,000 with half of the amount being a suspended fine for a period of four years.

The runners-up silver medals which Guinea received in Tanzania must be returned within 21 days and if they fail to do so a penalty of $US 20,000 will be imposed.

Guinea’s punishment is the result of a second protest. During the tournament in Tanzania, Caf had initially cleared Guinea of any wrong doing after the Senegal FA filed a complaint against the two players.

Both had featured in a 2-1 win over Senegal in the group stage.

Caf had also stopped six players – including one Guinean – from taking part at the Nations Cup in Tanzania following MRI tests before the tournament.