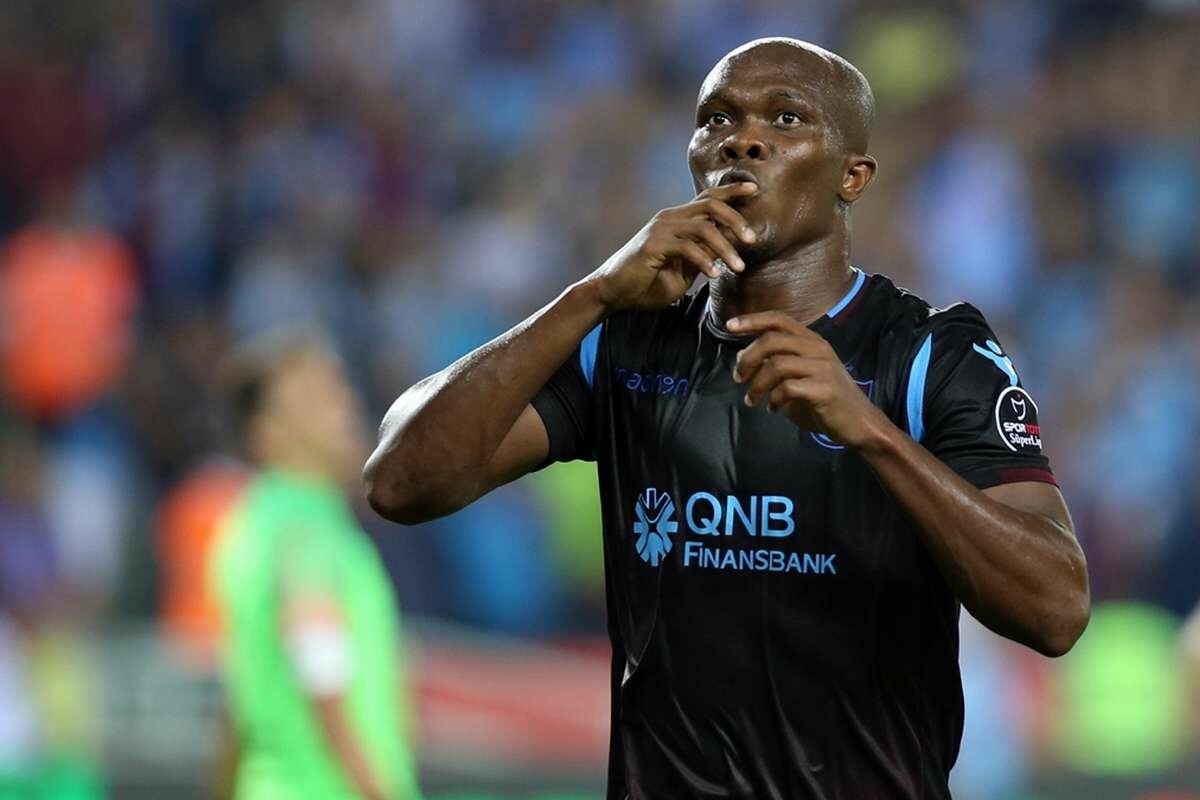 Trabzonspor of Turkey striker, Anthony Nwakaeme has become the latest Nigerian player to be linked with Fernebahce, as his current club’s Turkish Super Lig rivals are said to be keen on a deal for him this summer, megasportsarena.com gathered.

Although Fernebahce fell down the rungs last season in the Super Lig, while Trabzonspor won the FA Cup, Nwakaeme could be on his way to the team whose Nigerian tradition dates back to the days of Austin ‘Jay Jay’ Okocha, Uche Ikechukwu, Joseph Yobo, Emmanuel Emenike and most recently Victor Moses.

Turkish popular sports daily, Fanatik reports that Fernebahce have stepped up their efforts to lure Nwakaeme from Trabzonspor, who are now coached by a Nigerian-born former Chelsea of England midfielder, Eddie Ikem Newton, but recently lost the services of former Super Eagles’ stars, John Mikel Obi and Eddy Ogenyi Onazi under controversial circumstances.

Nwakaeme, who moved to the city of Trabzon from Hapoel Be’er Sheva of Israel, now appears to be the next Nigerian to leave Newton’s club, as he is said to have caught productive interest from Fenerbahçe, who have been very busy in the transfer window in their bid to return to the form they showed in the past as eternal title winners in Turkey.

With that target set on returning to winning ways next season The Yellow & Blue are already in formal talks with Trabzonspor to let go of Nwakaeme, whose current market value has been set at six million Euro and the player can leave the club by paying the fee himself.

A report by Internet Spor adds that Fenerbahçe’s sporting director, Emre Belozoglu met with Nwakaeme’s manager earlier this week to discuss a possible transfer of the player whose contract has a special exit clause.

In response, Nwakaeme’s agent and he asked for more time to consider the offer from the Istanbul club, and acknowledged that his client could decide to terminate his contract with Trabzonspor before its expiration by paying his release clause.

Belözoğlu told Fanatik that the club is giving the idea a deep thought after the release clause will be deliberated, but he further stressed: “We want time to think.”

The report adds: “The 31-year-old has a contract with the Turkish Cup winners until the end of the 2021-2022 season. One of the most consistent Nigerian performers in Europe over the last three seasons, the striker had a direct hand in 25 goals (14 goals, 11 assists) in 43 appearances last term.

“The former Hapoel Beer Sheva and Hapoel Raanana star has finished with double figures in goals and assists in each of the least four seasons. Word was life in Turkey that Nwakaeme may possibly jump at the offer considering the pedigree of Fenerbahçe compare to Trabzonspor.

“Besides, it is believed that the former Hapoel Beer Sheva striker has set his eyes on UEFA Champions League football next season. But it is unknown if Nwakaeme, who scored 11 Turkish Super Lig goals (14 goals in 43 games across all competitions), finished the season as Trabzonspor’s second top scorer behind Sorloth with 24 goals.”